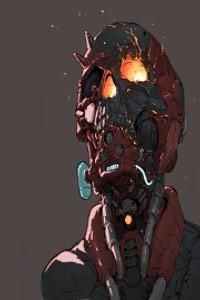 Given his first weapon when he was still a child, Edward Lee lived a life full of violence in a nation torn by war.
Tormented by the demons of his past, he believed Death would free him.
But through the games of beings beyond his understanding, his death turned out to be the starting point of a new life in a strange world of magic and monsters, as a young teenager.
Beyond simply finding a way to survive the dangers of his new life, Edward will soon realize that there is still a price to pay for his past actions.