Rebirth of the Duke’s Daughter 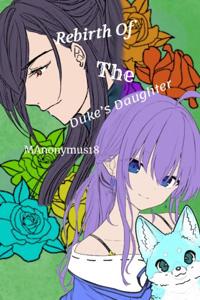 Mila was born into a home of a Duke who heeded no attention to her. In total stood four dukes by the emperor's side, she was born into the house with the surname Noble. Every child was born with a symbol that represented their nobility surname, but with the symbol they were also given the ability to control or use elements when they are tested to find their abilities.

Those who were not born with the symbol were merely just commoners. Only those born with a symbol are of nobility.

Mila died by the hands of her older sister who had her killed to get what she wanted. Being murdered, Mila wanted to have her vengeance against those who had murdered her along with the man she married who betrayed her.

Read to find out more about Mila Noble's life.