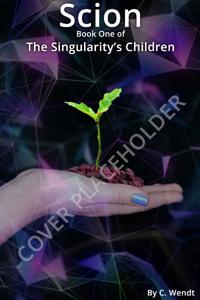 A series of worldwide cataclysms reduced the human population to under one-billion. A half-century later, most survivors and the generations after them live in small, high-tech tribes throughout Africa. W.I.S.E. Inc had been positioned to solve famine and fight disease in Central Africa but the team of devoted scientists found themselves the last bastion of humanity. The machine intelligence at the heart of WISE enabled leaps in technology and medicine at an unimaginable rate; progress necessary for recovery from ruin and to strive towards utopia.
A reclusive agriculture specialist named Liam finds himself playing a pivotal role in advancing the human race. He may potentially save millions still living in North America—if they’ll accept help. The machine’s persona, Abi, assists, protects and keeps Liam company on his mission.

Profanity: LightSexual Content: Implied and discussed (non-graphic). Coercion/trafficking is not a theme.