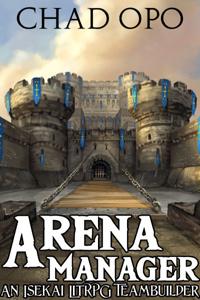 Assemble, Train, Compete, Dominate.Frank lived for his three sons, busting his back to see they thrived in comfort. His good for nothing wife, she made him the happiest man in the world when she finally agreed to his divorce terms. His glorious day became ruined when a bomber sent him through an unformed portal connection. Lost to eternity and stuck in the void, a happenstance encounter allows him to relocate on the fantasy world of Dorbin. There's a drawback to Dorbin. It's a violent planet filled with ruthless cutthroats, hideous mythical creatures, and all the activities a hethen could ever wish for. Even the national militaries turn a blind eye to the atrocities, only enforcing the laws when they see fit.
The ruler of Dorbin calls themselves the Creator. The being is all powerful and incredibly uncaring, and yet, they gave him a second chance. He arrives marred from the explosion, unable to speak the local language, and about inifintely cleaner than anyone else on the planet. When prompted with a class select, he settles on becoming a manager class.
The Creator established a system of kiosks for trading, point tracking, and quest rewards. The challenges for Frank will be steep, the learning curve adrious, and the chances of going home a big fat zero. It doesn't take long for Frank to realize there's no place in Dorbin for the weak or the meek. If he wants to survive, he will have to earn it and the ends sure as hell justify the means. Warning - RR is known to restrict content. Because of this, the submissions to RR will be a tamer version than the patreon version. This book is for adults. Period. If you are easily offended, please avoid.