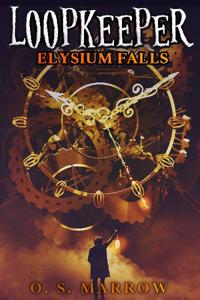 "We know how it ends. We know how we die. And then the Loop begins anew."
On the thirteenth day of Harvest, a mysterious woman enters Haven’s house of government and unleashes a devastation unlike anything seen in this world before. Lonely police recruit, Sham, is caught in the blast—and with it is thrown back in time nine days armed with a Legendary new skill.
Now, he has just under a fortnight to find this would-be terrorist before she can destroy the city of Haven and take countless lives in the process.
But an investigation like this is never so simple. Dark cabals sell black market skill vials in the shadows. A strange new church emerges from nothing. Trained operatives pursue Haven’s future saviour.
And the voices in Sham’s head seem to be getting louder.