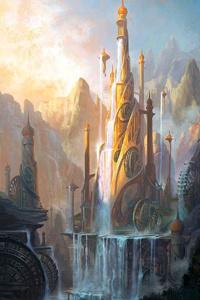 A young man who was also a fantasy fanatic died of a chronic illness. However, the moment he left his hospital bed the gods decided to give him who had a pitiful life a choice. Exist for eternity in peace or be reincarnated in a fantasy world to live out his dreams and save the world. And thus, he was thrown into a war-torn continent in an alternate fantasy world as a "Lost One", which in that world is known as a Hero. He was determined to complete his kingdom dream and have one of his own while gaining friends and allies in the process.
But as the demon invasion of the hopeless continent draws nigh, he must be the key factor in changing the fate of the whole continent