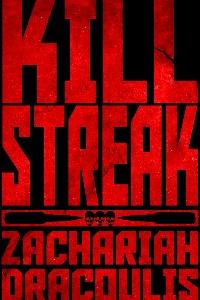 [SYNOPSIS IN PROGRESS]
KillStreak is the world's latest and greatest Battle Royale, complete with full-immersion pods, a large map, and enough uniqueness and creativity squeezed in to make you think that modders had already gotten their hands on it.
It was supposed to be a fun game for hardcore and casual gamers alike, but when Finn Dexter, a college kid who's one poor grade from flunking out due to his gaming and other 'extracurricular' activities getting in the way, is kidnapped along with nineteen other pro-gamers he's left with a choice.
Win or die.
In this, a story influenced by dozens of great Battle Royale games, books, and films, prepare for gunfights, car chases, tactical gameplay, and, most importantly, survival.