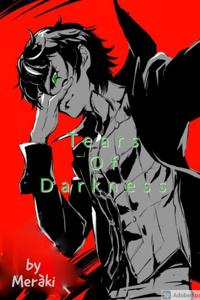 Born without magic in a world of Aether wielding killers, sword fighter Marbas beat the odds to achieve elite assassin status.
Now working for a criminal organization named the circle. Marbas uses his hard trained body, perfect weapon skills, and genius mind to hunt his prey.
However, in one bloody night. Marbas found himself trapped in a mission, which caused the death of his mentor.
Later on, he discovered that the same organization he's been serving for years was involved and a bounty was put in his head.
Will Marbas be able to take his revenge? Will he be able to find the person who desperately wanted to kill him and does that relate to his forgotten past?
Disclaimer:
Everything about this story is dark, I don't recommand it for people younger than 18 or for people who have depression! Read at your own risk!
What to expect:
Expect a lot of detailed description, slow pacing. Because this is a massive fantasy that it took me years to complete the world. You will usually meet with new places, countries with their own customs, mythology and gods. You will get to know a tons of characters with each one has an interesting backstory. All minor characters have a role to the progress of the plot. Also you will expect a lot of action and complex power system, a lot of philosophical quotes and disturbing scenes.