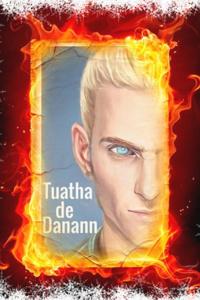 Teigh Mac de Beleros y Cyronax has freed the Sidhe of his world from the forced confinement imposed on them. Zeus and Odin have schemed against the Tuatha de Danann, jealous and envious of their connection to the Summerlands.
Athena, Loki, Set, and Coyote have discovered a new plot, one that will effect every God of every Pantheon.
Zeus and Odin have learned how to steal the Divine mantle of Gods that die. This ability will allow them to destroy the multiverse until there are no other Gods left.
Teigh will need to travel the Summerlands and gain entrance to another universe. The universe where Zeus and Odin have learned this new technique.
Only by going back in time will he be able to stop them before itis too late.
This is a stand alone story arc in the Second Chances Universe that can be read alone.