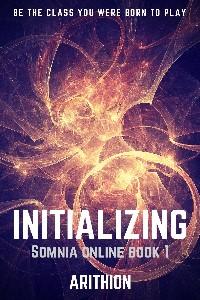 Rip away your masks, your fears, everything that’s holding you back…Discover the class you were born to play.
When Storm Online Entertainment begins taking pre-orders for it’s virtual full immersion role playing game Somnia Online, Wren can’t wait to start a new adventure and conquer yet another world. But when the game designates her as a mind magic user instead of the healer she habitually plays, Wren’s whole process is thrown into disarray. On top of that, most members of her guild are in the same boat, playing classes slightly different to those they usually embrace. Snagging that top guild game wide slot — just got way harder.
Her class trainer is suspiciously cryptic, her in game skills have eerily far reaching repercussions, and that rival guild they had a run in with games ago has decided to declare war. With hidden abilities triggered by vague quest lines, Wren arms her enchanter Murmur as best she can. But her psionic abilities directly affect not only her mind, but her opponents as well, and temptation becomes an hourly battle.
As intricate quest lines become more dangerous and the NPCs giving them gain powers from the artifacts, Wren begins to wonder just what sort of program is behind the multiple AIs running the world. Their rival guild chomps at their heels, and does everything they can to prevent Wren and FABLE from reaching the endgame first. When the game begins to mesh with reality, Wren struggles to distinguish fact from fiction. If she can’t make the distinction, the whole world will come crashing down.