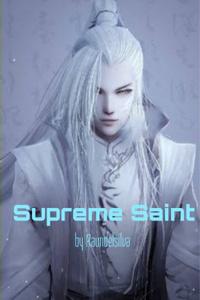 According to the great Azra's prophecy two hundred thousand years ago, "A God shall be born among us, whose power is impossible to measure and will thus change the fate of humanity and lead us to complete victory and domination during the great calamity. " And with the birth of Galdor the legendary sword saint, the human race was full of hope and assurance that he was the God Azra spoke about.
But ten thousand years ago the world was left shaken by the sudden death of sword saint Galdor, who was at that time the strongest of the four deific saints. History has it that the sword saint played a huge role in the unity of the four divine kingdoms and took charge alongside the other saints to repel a foreign invasion, the cause of his death remains a mystery. It is clear that the human race has experienced a period of decline having just three saints as its pillar, but with the great calamity approaching one thing is for certain, there hasn't been the birth of another saint. Just who is this God Azra spoke of?