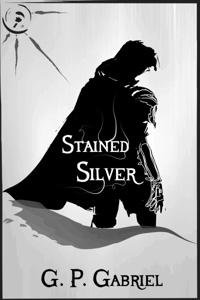 The Ember Republic is humanity's greatest achievement, a hierarchy of power governed by the Clean to shield and guide their citizens. From nails blessed with superior physical abilities, to the overworld's element-wielding refined, each person is born with the surge at their command. Most are content with their lives, and only few attempt to reach a higher power.
But this is not such a story.
Vihar never knew why he didn't have the surge. Even the lowly Wounded, the gutter of humanity can tap into the power. But when tragedy befalls his brother, Reed, he's soon swept into a cascade of events that leave him scarred and disowned as a child. He grows up to be a man hunting for redemption. To find it, he will face monsters and outwit criminals. He will stare into the radiance of Blindlight and brace shoulders with his fellow soldiers against the Veiled. But he never in a thousand years would've guessed the price he'll have to pay when the truth is revealed.

As a boy, he wasn't enough to help his brother. As a man, how much can he sacrifice to save his people?

So you're probably wondering what the hell I mean by reverse progression (regression?) fantasy. In short, the protagonist does not have access to the world's progression-based magic system, and that will NOT change at any point. He will not fling an entire mountain to bonk his rivals in the head when throwing a temper tantrum. If you're looking for another human embodiment of a plot-armor factory, you won't find it here.
Instead, I present the journey of a deeply flawed man coming to terms with impossible expectations, carrying an ability he never wanted. Taking inspiration from books such as Codex Alera, Gentleman Bastards, and seasoned with bits of Hungarian influence, I hope you'll tag along as I write this three-part epic.
(Two new chapters every week, schedule still yet to be determined)