The Labyrinth of Dreams 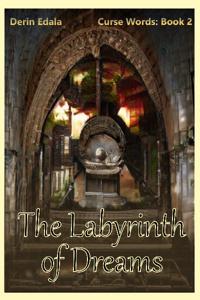 Having caught one attempted murderer and proven to the world he isn’t one himself, things are looking up for Kayden. Sure, recent revelations about his spell mean he needs to rethink his entire worldview and his future, but he’s been doing that every couple of months since getting his scholarship, so he’s had practice. From here on, it should be smooth sailing; nothing to worry about but trying to keep up in his magic lessons and not letting his smart mouth start any blood feuds with rich kids at parties.
But something’s going on. The Fiore is convinced that Kayden’s a key player in a political game he wants nothing to do with, Max is openly fighting with his idol over things he won’t fully explain, and the words of prophecies past keep haunting Kayden’s dreams. Something big is coming, and to figure it out, Kayden, Max and Kylie will have to venture places that make his Initiation look like child’s play.
And make a decision that will irrevocably alter all their lives.