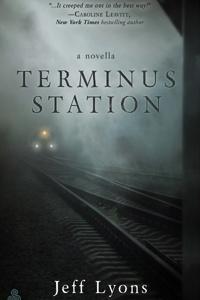 Ira Blechman waits for a train to take him home, the last train he will ever take on the last night of his miserable, schlubby life. He has a plan. It’s all worked out. In less than an hour, by his own hand, he will leave this Earth better off for the going. Funny thing about plans . . . they unravel. For Ira, the unraveling starts with a strange train he’s never seen; the train’s only passenger, an even stranger woman, out-of-place and between worlds and who knows him better than he knows himself; and a promise broken that has unforeseen consequences that ripple across the thin veneer separating the sane world from what lies beyond. A veneer Ira is destined to tear and through which he will see the bigger plan—one waiting for him, whether or not he wants it.