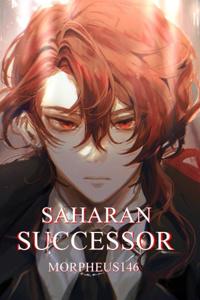 A new world where people could experience a second life and have the freedom of doing anything their heart desired. A freedom that would lead to satisfaction, this was the game entitled 'Satisfy'.
In this new world, many people would try to reach its pinnacle. Some tried harder than others, while others played the game as a time passer.
This category of players didn't match Mathias's aspirations and desires. He played the game just to increase his writing speed to ease his hobby. Yet things weren't to be so simple because any action would lead to a result, even for someone who had his focus elsewhere.
A historical enthusiast, left in the shadows by the general players who created their own understanding of the game and its environment, finding their lucky chances and gaining power. Understandable for a game such as Satisfy. Still, this wasn't to affect Mathias until everything was restarted, and he returned to the last scenery of his first life.
.
This calming landscape that held jade-like greenfields, protected by the ancient trees, along with the music created by the flowing river, was his new home. A home that welcomed him with a new calling.
.
He didn't know much about this home. Nevertheless, he stumbled on an old ring that looked ancient. A relic of the past, something that would excite anyone at first sight because of this fantastical world. Yet Mathias was calm in the face of this discovery. Only after he placed it on his finger did things start to change.
.
Ghostly voices, along with a cursed ring, was this really his so-called peaceful home? He could only ask himself those questions. Everything changed at that moment. His eyes turned bloodshot before settling into a crimson color, along with his hair that began to shift, turning crimson.
Agonizing changes, followed by the ghostly voice of a man whispering in his ears, something even more shocking.
"You shall be my successor, and the Empire's fate shall rest in your hands from now on. The only one to rightfully hold the title of Saharan beside me, Haycien von Saharan, Emperor of this World. "
..................................................................................................Disclaimer - This novel is a fanfic based on the game of the Korean Novel "Overgeared" by Park Saenal. However, I say from start you don't need to know the original story to understand my story. You will learn the elements of the game along with my MC..-All copyrighted content is the property of its respective owner(s).