Transmigrated Into a Blind Woman’s Body 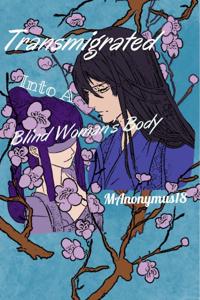 "What?!?!” Seeing nothing in her view, she then opened her eyes that had a blindfold covering around her eyes. Seeing colors appear before her as she saw blue in her view, then feeling sadness from above which made her heart ache. ‘Is this… another sense… for my eyes.’ Thinking about it, she did not know if any of this was real or not.
“Ning’er! Your awake!” Hearing a woman say, she was hugged by the woman when she could not see who they were. “My silly daughter! Why did you jump into that pond?!” Hearing the woman crying, she had no idea who this was.
‘W-Where did I end up at?!’ Not knowing where she had gone, her mind ran with thoughts since the last thing she could recall was the sound of the bus that she took crashing.

“Are you really fine with a blind woman like me as your wife?” Lin Ning asked the man who had proposed to her.
“How many times have I told you.” Wrapping the woman with his single arm, he sealed her lips with his. “Do not ever call yourself a blind woman. You are the woman that I chose out of all of them.”
“But…”
“Do you regret falling in love with this cripple man?” Cutting her off, he did not allow her to finish.