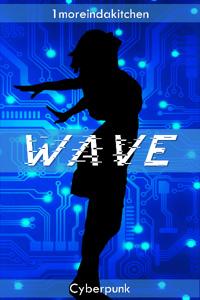 Wave had always considered herself a good driver. Until her crash with the desk. Now her hover car is junk, her eardrums ruptured, and instead of admitting her for a 30-second surgery at the MedCenter, her insurance company just gives her a hearing aid.
When someone hacks into the hearing aid's operating system and speaks to her in the voice of the mysterious radio host Aki, Wave wants to lock herself in her apartment and forget the world around her.
But then the news reports that Aki is supposed to have thrown himself to his death the day before, and Wave decides to get to the bottom of it.
Translation of Wave [GERMAN]