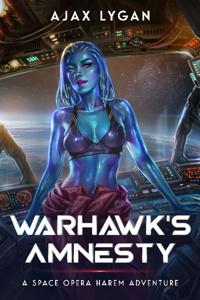 One week. Just one more week.
Inmate 5313 reached the end of his sentence after ten grueling years. That is, until the wrong question led to a beating with an inclusive stay in the 'fridge'
Before the badges manage to lock him into cryostorage for a nightmare-fueled nap, several explosions send the prison barge plummeting to a frozen planet in unclaimed space.
This is the first day of Seb’s freedom, an ill-starred future that includes banding together with cutthroat mercenaries, bartering with sordid information brokers, and venturing across the galaxy looking for undiscovered treasures.
To ensure he survives, he’ll have to build himself a ship and fill it with people he can trust.
But will the unorthodox crew of the Amnesty be able to come together to reach their dreams of endless fortune?