Gods of the mountain 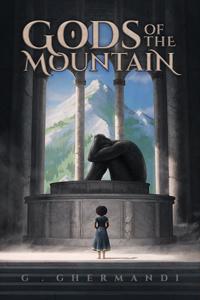 Saia has started a new life after leaving her native village and its abusive goddess. Now she spends her time fishing sea snakes and trying to forget her mistakes, but this peaceful existence is derailed when the earth trembles for the first time in centuries. Koidan, the god who is supposed to protect her new village from every danger, asks for her help to survive, shattering the illusions Saia has believed in for her entire life: the nine gods are not immortal after all, and the mountain towering on the nine villages isn't as sacred and untouchable as she thought. In exchange for answers about the gods and lessons of magic, Saia pledges to save Koidan, pursuing at the same time a secret, more pressing goal: taking revenge on the goddess that oppresses her village and getting her old life back.