Willow & the Monster in the Night 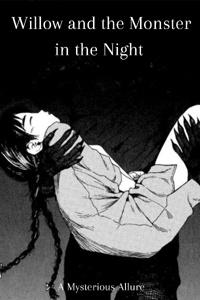 In the small village of Elkhart Valley where the voices of comradery reached everyone but the outcast, there lived in the mountains surrounded by trees a girl named Willow, the daughter of the town’s disgrace. A man who lacked skill and intelligence, and whose only success in life had been the birth of a daughter. When Willow's father vanishes she is left alone in the world, and forced to grow up in the wilderness alone. But all that changes one snowy night when she comes face to face with her worse nightmare... and strangely it's not as bad as it seems.
Willow thought she'd be alone forever but fate had other plans.