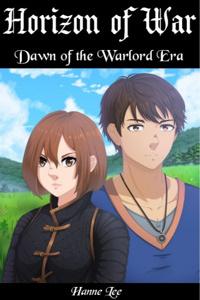 A man wakes up like a train crash victim. Recovering is a painful affair, especially when he loses his memory. He remembers his gaming name and puts it into good use. He finds out that he’s thrown into a medieval paradise with the lush green meadows as far as the eyes can see and the idyllic farming community that welcomes him.
The man, Lansius, spends two painstaking years learning the language and how to write. Without a superpower, he does the backbreaking farming before finally finding a more suitable job as a math teacher to support himself.
It’s not a bad life, perfect even for retirement. Lansius naively believed that things are going to be the same. War pulled the rug over his fancy idea; kill his friends, separates his family, and enslaves the rest. The reality of medieval strife comes to his face in all its pain and terror.
The ever-powerful Third Human Imperium is on its last leg. All the powerful nobles under it see that as an open invitation. Every lord is now on their own, a noble only in name, a warlord in factual. Small wars are encroaching. The last one already makes Lansius lose his home, friends, and almost his life. An epiphany came that there are only two viable choices:
Either become a victim and accept the sword and the chains or risk it all to become part of the ruling class even when it means becoming a mere pawn. Using his intellect and vague understanding of the art of war, Lansius resolved to fight.