The Poison Dragon: The Legend of The Six Heavens Slaughtering Poison 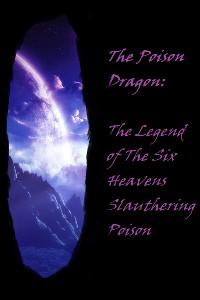 In the Great Empire of China, the society is divided in two layers: on the surface, live the ordinary people of the mundane, building cities, cultivating fields, researching technologies and waging petty wars. Unbeknownst to most, the other layer is that of the Wulin, in which martial artists live around mountains pursuing the highest levels of the Martial Path. They are puppeteers of the mundane that control the fate of the humanity from the shadows.
Leading the Wulin is the greatest martial clan of China: The House of The Flying Dragons. Their fighters are known for their ability to achieve almost supernatural feats, and their elders are said to understand and control the very laws of this universe. Their web of influence expands all over China, having lands, political sway, military might and untold wealth. A true dynasty akin to that of the Emperor himself.
Flying above his peers inside the clan is the young and arrogant dragon Tian Long, an abandoned child nurtured by the Clan Master himself into a fighting madman, who only respects the strength of the fist and the language of the Styles. As a genius of unprecedented talent on the Martial Path, he is rising among his peers with unimaginable speed, reaching the strength of his elders before even full maturity.
But profound power comes with profound pride and arrogance, and such things are the downfall of even the greatest of men. This is the legend of a fallen dragon, a tale of tragedy, pain, sacrifice and unimaginable perseverance. It is the story of The Poison Dragon and his role in the making of The Six Heavens Slaughtering Poison.