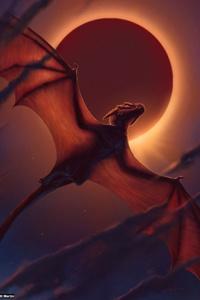 Cartha is a vast continent rich with powerful magic, diverse peoples, exotic dangers, and thrilling adventures.
Only, the land is dying.
A voracious and unstoppable blight spreads, bringing plague and rot to a negligent world. And the powers capable of confronting this crisis dismiss it, too engrossed in their own vain agendas.
The Draconic savages grow restless, craving vengeance for their fallen queen.
A glory-hounding prince brings war to the gates to his unprepared kingdom.
An elvish royal schemes conquest, but her true goals prove far more sinister.
And as Fate wills these calamities bring destruction to the order of the world, it also intertwines the paths of those meant to restore it. But with the wilds teeming with danger, and the civilized lands teetering on madness, the task and journey at hand may prove too arduous for a fresh, dysfunctional group of heroes.
The prince, seeking redemption, mastery over his inherited power, and to reclaim his kingdom.
The Elven saintess, desperate to save her world from the encroaching blight.
The young, orphaned half-elf with a dream to explore the outside world and solve the mystery of the peculiar pendant he’s had since before he could remember.
The amnesiac pyromancer, whose past seems to grow more mystifying with each passing day.
And as their journey together progresses, they may discover that their fates are more entwined than first thought...
As time wanes and hope falters, can they set aside their differences for the sake of everything they hold dear? Or will chaos consume them all?