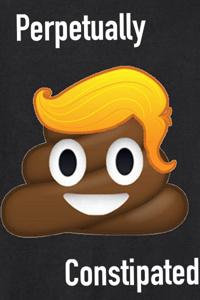 Halfway around the world in the gleaming Pearl of the East, on the very last day of school, 22 members of the transitioning class of 8D dissipated into thin air, imprisoned in a superhero based Simulation. Roughly one year later, they escaped the Simulation with their connections to seperate Realms, all granted superhuman abilities in the process. This allowed them to vanquish the dastardly mad scientist that kidnapped them in the first place, but not before he unleashed his lethal Swan Song, bestowing Packages of power to Beacons, people in the general populace with especially intense aspects of personality. Weary but fueled with purpose, these kids, wise beyond their years, began the process of regulating and hemming in those with Powers.
This story is not about them.
Living in an affluent neighborhood and attending a prestigious academy, Caleb Talao was your average soon-to-be frat boy, well on his way to college and becoming a somewhat well-adjusted and upstanding member of civilized society. Then, the Swan Song happened. And he was Chosen.
Chosen for greatness!
In all honesty, though?
He was an egotistical mistake.
As I was saying, Every Realm Exacts a Toll.
A toll is a price. Whether it be on your fragile and pliable noggin, your unprotected and world-jaded spirit, or your wear-tear and in-shambles body, it almost always is several orders of magnitude more exhausting to manage than you would think.
That's the ordinary textbook definition, anyways. But Caleb's Toll was anything but ordinary. Stuck with ever-hardening faeces and an ever-clogged butthole, Caleb's constipation ruined all chances of him cultivating a social life.
It wasn't like he had one before, so no big loss for Caleb.
Unlike the other Beacons, he was given no choice for his package.
His one option was the Incel Starting Pack.
Crappy power in hand, it's Caleb the Constipated Incel vs The World, in an epic battle for the ages. The System is determined to correct the oddly crap-shaped mistake it helped create but Caleb? Caleb just watches out for No.1 and No.2...
Trigger warning: Poop jokes.
P.S: If you are an incel, a clump of egesta, or an incelibate clump of egesta, please don't read this novel.