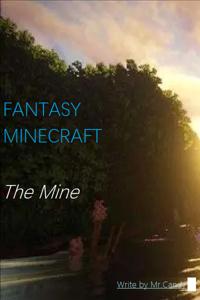 After a decade of exploring 100,000 people, in an ordinary time, mankind created a video game called Minecraft.
In this great virtual world, there is nothing that cannot be done, do whatever you want, and be free. After the prosperity, an ancient IP address, after 192.168.1.1, many wonderful things continued to happen. On this server, there is no human player other than the creator of Nuoqi, but there are tens of billions of super artificial people. Intelligent creatures... the game is alive.
A subtle turning point occurred after 9 years of existence in this world. A legend named Alex was born in an unreachable country, and when she was 23 years old, she embarked on a great journey to the mine, but The accident was involved in a grand adventure full of scams/conspiracy/lie/truth. She encountered things that many people would never encounter in a lifetime, and all of this, as early as 10 years ago, that night, Was doomed... After another intricate clue, she keenly noticed and made her first and last prediction as a mortal: Although silent, a dark force is returning.
The five sacred objects of Wadrang, the five gods, and the terrifying reality of the real world made this magnificent world shake and shake.
...
Under the leadership of our ordinary and legendary protagonist, the greatest legend in this greatest virtual world in history begins here!