Allegiance Back to the Eternal Black Knight 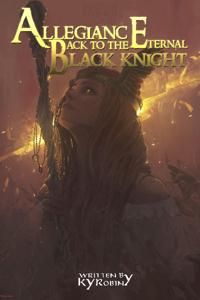 Florence Godfrey ventures in the city of adventurers and dungeons. She is a temple knight who runs an adventurer business in the imperial city of Denanma.
Defeat the demons who live in the dungeon and bring back the money. Florence spends her template days as such an adventurer, but it changes completely when the arc demon encountered at the bottom layer curses the level drain.
Due to this curse, the fighting ability of Florence, who was called the strongest temple knight of the time, was reduced to less than a normal warrior.
According to him, dispelling requires a high-level priestly ritual.
In order to regain the power lost in the level drain and to resurrect as an adventurer, Florence set out on a journey to the church city of Rourrow, where priests gather.
And so she pledges allegience.