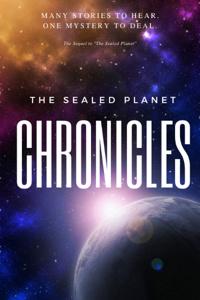 Many stories to hear, one mystery to deal. Enter the next chapter of The Sealed Planet Saga.

Follow the continuing adventures of the group of unlikely adventurers in their quest to prepare against the impending invasion of the Trikelians. It follows the adventures of two different group of heroes: The first, a trio of Sel, Kilkaja, and Astha, continuing their story in search of the missing commander of the Saukari and Astha's twin brother, Sethis. Along the way, Sel and Kilkaja became even closer as they understood the plight of each other's races.
The second story focused on the bizarre and extraordinary adventures of George Atmell, the human of Earth, and Domel Arcturus, the Vyrnian out of time, as they slowly find out about their enemies and the danger they posed to the whole galaxy. Along the way, they met the unlikeliest of allies that was beyond their understanding and was drawn to this Dragon of Ossogoth's plans against their Trikelians adversaries.
The stories are written in the perspective of the characters as named on the start of the chapter. It will be told in parts, with each story being standalone.