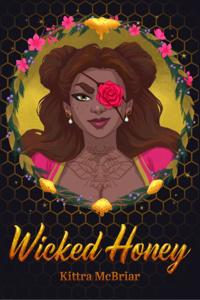 Juniper Savine has three goals: first, to clear her father's name. Second, to win the competition to become the king's head chef. Third, to get revenge. As a sensari of Taste, Jun's got magical cooking on her side, and that's about it. If she fails, she faces sacrifice to a wrathful god...but that's the least of her worries. Dark secrets and the people entangled in them hound her every step. The cherry on top? She's pretty sure she's falling for two of her most bitter enemies.
~A polyamorous tale of love, revenge, and magical food wars set in a world with a magic system based around the five senses~