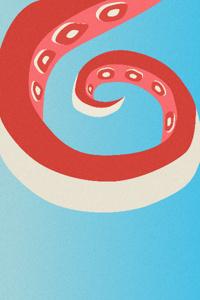 Good news - hell is full! So you are going to have to find to do something else to do with yourself. How about becoming a tentacle monster, doing small tasks for the gods... and maybe ending the world?
Cute medusas included. Slightly interactive.

Spoilers below for those that want to know more:
It's a story of a guy who reincarnates as a tentacle monster in fantasy world. He grows stronger by doing tasks, which allows him to get loot boxes. Loot boxes content will be suggested by readers, then rolled on discord.
First three weeks daily releases, later on twice a week.
Posting this on RoyalRoad and ScribbleHub