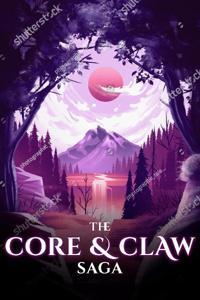 Tyler always dreamed of adventure, which was why he left home to become a mage’s apprentice. What he didn’t expect was that he’d be killed, forged into a dungeon core, and trapped in a mountain.
Now, Tyler can use the Path of the Spiritual Way, absorbing spirit from his kills and using it to make traps and monsters.
Every victory makes him stronger, allowing him to evolve his traps and his monsters. A simple spike pit can become a trap worthy of felling mighty warriors. A worm could become a serpent, big enough to battle the gods.
If Tyler grows his dungeon and gets stronger, maybe he can escape the mountain one day. But the unlikeliest opponents vow to stop him…
White-Snout is a mouse, but not just any mouse. He is one of the rare mice who practice the Spiritual Way, which earned him banishment from his nest. He has found sanctuary with a group of mountain rats, but he wants more.
Would killing a dungeon core would earn him the glory he seeks? Is it possible a mouse could attain enough power?
With leveling, cultivation, and trap/monster evolution, this is an unforgettable dungeon core saga. Join the journey today, and watch Tyler and White-Snout progress through the ranks of power.