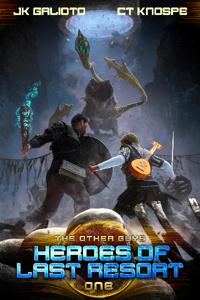 Jack Jensen is a middle-aged nobody who lives a lackluster life in an even more uninteresting town. Having sampled every job the small town of Merrill, WI has to offer, he has excelled at nothing but growing his beer gut and his luxurious curly blonde hair. His life is one of unrealized potential and lack of direction.
Things change one morning when his brother, an Army Major, lands his helicopter in the parking lot of Jack’s less-than-profitable gaming store in a desperate bid to thrust the perennial slacker into the role of saving the country, the world, and even more unlikely, himself.