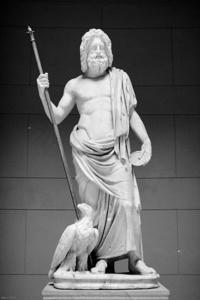 The first female was the last to die.Creation of the gods themselves, she was blessed with all the blessings...but little did she know that her existence was a curse. Within her, she held all evil, malevolence, and suffering waiting to be released at the sign of her weakening will.Sent force to the world of man with 'Curiosity', she caused the death of a world.
Innocence is replaced by malice. Laughter with cries. Eternal life with mortality.Cursed for her very existence, she was the first to agree. Yet death doesn't come easily for one blessed by the deathless ones.
Reborn through a greater will than the gods themselves, she is offered a chance to strike against greater powers.Reborn in a Tower of greater scale than worlds, what does she climb for?
Fueled with vengeance, anger, and hatred she picks up her blade.All her blessings and curses armed against her enemies...she will see the gods fall no matter what.
Her name? Pandora
Despite the heavy beginning, this is a story about learning and development. The story's tone will gradually begin to lighten as her world grows brighter once more. Comedy elements included.
AN: Due to the different setting, time, and plot of this fanfic from canon ToG, it can be considered more of an Original Story borrowing the world of ToG. Non-fans of ToG can read because all elements will be clearly explained and taken slowly. Enjoy!
Fandom: Greek Mythology, Tower of God
Disclaimer: I do not own Tower of God. That belongs to SIU and Webtoon. Image belongs to Crafterm, found on Creative Commons