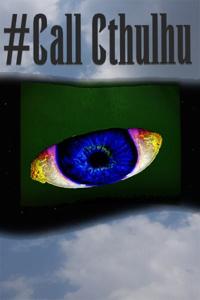 An eldritch comedy. After Cthulhu is summoned into the world, the whole place goes to shit. Things really got out of hand after Cthulhu got nuked. Alex and Julius, a pair of brothers, try their best to make it in a North America reshaped by an eldritch apocalypse.
“Stop right there Philip!” Julius interrupted, the vein on his temple starting to throb. “I do not want to hear another simile about what magic is. I have had magic explained to me by three cult leaders, a wizard, and a cannibal. I've heard that magic is like a rainbow, all its parts blending together. The human unconsciousness, powerful and unknowable. A body, you don't want to eat the heart straight away. I am sick and tired of people telling me what magic is. I know damn well what it is.” He drew a breath, interrupting his rant.
“Magic is a bad joke. A whole lot of setup, for some nonsense punchline. This whole god-damned apocalypse is an eldritch comedy.”