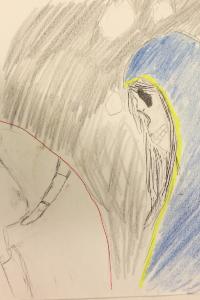 Kei was a menace or called by most, a demon. He gets into bloody fights with others. Which makes him a problem to the common folk and criminals alike. But he can't win forever. So, his life came to a close with another merciless brawl. With Kei trying to take as much of them to hell and in his final moments, he never regretted his decisions in this mad world filled with cruelty. If the world is cruel to you then be more crueler back.
Then he received a second chance in a sword & magic world but with a condition from the Goddess of Death.
To save the Demon race.

Note: It has LitRPG genre included but the stats and skills are arbitrary. He is an OP character and spells will come out the ass. Yeah I know, typical, just let me dream. I always wanted to put out something but I always stalling because procrastination, seeking "perfection," or fear of harsh criticism. Can't improve if there is nothing to give feedback to or I'll be in a spiral of rewrites or starting a new story again.
Fuck it. Just another teleported to a fantasy world story but me writing it.
Updates are infrequent and may or may not revise these chapters.