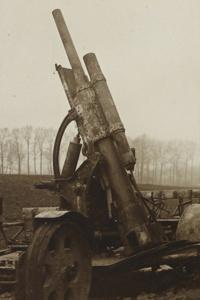 Given a year to prepare by the mysterius 'system' for contact with the wider galaxy, humanity must work to ensure the Earths defense is ready to meet any challange. Sadly, most of the world seems dedicated to tareing its self apart as the year end deadline gets closer, rather then uniting as one. The Pillar Forts, one of the only successful projects of the United Nations before hostilities began in the east, and anarchy raigned in the west, stand ready to defend humanity against any invation. Massive steel and stone walls that surround the connection pillars. They are filled with deadly men and women trained in all manner of warfare, each trained in the newly aquired system, skills, and some few have the power of magic on their side. Beside these brave warriors, tanks, helicopters, artillary and more stand ready to defend humanity at each of these powerful instalations. 3 Main CharactersJessica Brown- found out she was a level 7 sourceress on her 18th birthday in detroit, and that she had some mysterius spiritual connection to something called the "World Tree". It was the same day the systems message apeared. The week after her birthday, government census workers started testing every person in the US in a massive census effort of skills and abilities, Jessica Reeve found herself conscripted into the World Defense Initiative, and shiped off to a Pillar Fort as part of the newly formed "Magic Corp". Somewhere hot, and muggy in her ancestors home of Africa. Isaka Smith - is a third generation American and farmer who just wants to be left alone. But she is dragged into the situation by events. When people in her small town had to deal with rioters and looters after the system announcement she rallied her small town to defend its self earning her the Civilian Leader trait, and the attention of the government. She found herself conscripted to lead one of the many small support towns erected around the great pillar forts. Not near her old home, but in far flung Africa. John McIntire the "Fighting Bull", is the commander of the African Fort, but due to circumstances beyond his ability to contend with shortly after taking command after being re-activated from retirement he has been cut off from his chain of command. The US government, hell even the United Nations seems to have fallen into complete and utter chaos. The African Union is embroiled in a bitter civil war just outside his door, and rumor has it that most of the world governments are in similar situations. Meanwhile John must do his best to be ready to facilitate diplomacy, or to match the hostile argument of whatever force might come through the pillar of light when the year timer finishes counting down.Can our heros defend Earth from the outside threats, while it tares its self apart? Or will they need to start rebuilding from the ground up?