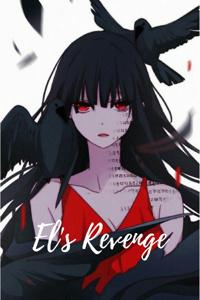 “Revenge is not for the dead- we, as the living, take revenge to relieve the burden we feel,” I whispered into the air.

I smiled faintly as the ‘holy land’ of those ‘saints’ was destroyed. I heard rustling sounds as Charlotte came to stand next to me, grabbing my hand. “El, are we the bad guys?”

If I was still the same as I was before, I might’ve broken down and started crying. Now, it was different. “A villain is just another victim. They cry and mourn, it’s just that no one heard, leading them into madness. It’s one of the reasons why we know the most, but care the least.”

I took a deep breath. “We may be the bad guys in other peoples’ eyes, but in my story, we’re the heroes.” Charlotte took in my words for a while and pondered, before nodding in agreement.

“As children, we loved the heroes, as adults we understand the villains.” I looked at her and bonked her on the head, earning an angry glare from her. “Hey! You’re barely an adult yourself you know,” she grumbled.

I laughed and ruffled her hair, before countering her. “At least I’m not 12. You can’t even be considered a teenager at that age.” After that, we silently watched the flames ravage the land, before leaving.