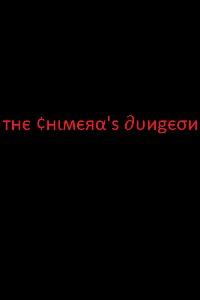 The Chimera’s Dungeon - Synopsis
This story follows the protagonist as finds himself thrown into a new word. A world filled with magic and monsters. Now, normally, this would fill our protagonist with a lot of excitement and, admittedly, a little bit of fear - if it weren't for that fact that he is one of the monsters. A dungeon core - harbingers of death or fortune. And so his current circumstances instead fill him with a lot of fear and maybe just a little bit of excitement. Join the adventure to watch that fear fade away as he realises just how limitless the power at his ‘fingertips’ is. The power of creation and destruction. Of life and death.
(
Author’s Note:
I don’t know if you can tell, buutt… ok confession time… I made the cover for this LN in paint. Ahh, that feels good to get off my chest - I hope you were sitting for that bombshell. Anyway, I was sorta, kinda, maybe, hopping one of you kind folk could make me an awesome cover? Your name would be glorified and remembered in the minds of this novel's reader..s(?) Please PM me if you are interested.
Content Warning:
In terms of profanity, I intend to use it sparingly to occasionally.
Gore and traumatising content are, in my opinion, closely related if not one and the same and I feel as though that are a core part of a world with monsters, magic and dungeon exploring (death). As such there can be quite a bit of gore during fight/death scenes if necessary.
I feel as though these tags require elaboration:
Non-Human Lead - This is because the protagonist is, effectively, a dungeon core.
Anti-Hero Lead - Same reason as above. (Death equals profit for a dungeon core.)
Reincarnation - This is because his circumstances are at the very least similar to reincarnation (not confirming or denying he reincarnated)- The MC has the knowledge of our world in a fantasy one.
Additional Tag(s):
OP MC - The MC is definitely stronger than other Dungeons of the same age, however, he is by no means the strongest in the world.
)