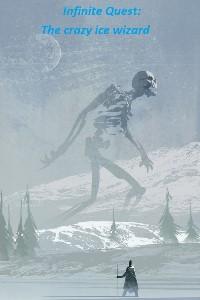 Infinite Quest was the first virtual reality MMORPG game released where players could use magic; this game was released in 2032, exactly two years after the start of the great era of virtual reality games. Even before the game's servers began to work, there were already many people eager to play it. Not because of its history, but because of the great promise that it would be a virtual reality game with virtually endless possibilities. Players could create their own items and equipment and could also customize their skills. Not to mention that PVP and wars between guilds were highly driven by the game's producer, as it offered a variety of rewards to the players and guilds that stood out the most.
Author: Hello, my name is Deivid and I would like to give some explanations. First of all, I am not native American, so expect some grammar mistakes (or many). I would also like to inform that I plan to do several stories about Infinite Quest but with different MCs. Lastly, none of these MCs will be the strongest player or the most famous. They will only be unusual players with very specific goals and completely different from other players. I also plan to show the daily lives of the MCs out of the game, since they are not NPCs, I hope you enjoy it. I accept constructive criticism and, if possible, would like you to point out my grammar errors so that I can improve.