Salt in the Wound 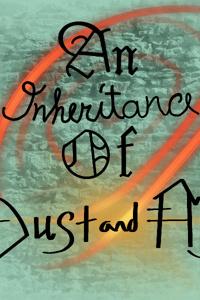 "The gods have been unkind to the Reach." That's been a true statement since the invasion of the midlands by Trestin. It was certainly true during the Span of Ash, and it'll likely be true for all of time. But at least now someone is finally taking matters into their own hands and doing something about this sorry state of affairs. Ordan Oberlan is the Chief of all three tides of the Aroegin Reach, and he is the only one willing to make the moves that will shake the nation of Harfal to it's very core. Opposing his rebellion, King Trestinsen is fighting an unpopular war of gruesome battles that the forces of the Crown keep narrowly losing, and the longer this conflict continues on, the heavier the losses the people of Trestin's Keep suffer. Whatever the cost, whatever the destruction, and whoever wins there is sure to be a lingering bitterness and salt left in the wound.
"Salt in the Wound" is part of the Inheritance of Dust and Ash setting and books by Mike Roberti. In the world of Aithe, where writing disappears when the one who wrote it dies, how can you possibly know what is true and of what value is history? How long can anything truly last?