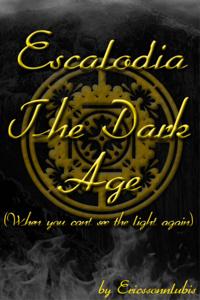 A world called Escalodia, a place where all nations, namely Humans, Elves, Dwarves, Orcs and Giants live side by side and make peace.
But, everything changed and war broke out everywhere, resulting in unrest and political instability across the state. And there is almost no way to restore the peace.
Then came the prophecy that said that everything would return to normal and there would be someone who could bear the burden but if he took the wrong step then the future of the world would be no more.
Will he be able to restore that peace or will the future of the world be destroyed by him as well? Could he be as predicted before ?
This story already post on Storial (Indonesian Version) and Wattpad too.