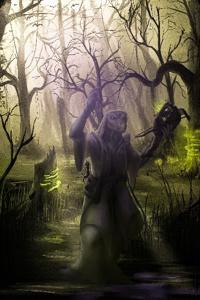 This is the story of an older man who lived a hard but full life, being reincarnated into a fantasy world as a human-lizard hybrid. The new world is violent, magic is real, a game-like development system crushes physics and natural law under its ambivalent thumb, and myth and legend don't just meet, they chase you down to eat you.Follow Braza as he tries to make a very different life for himself in a familiar but ultimately alien world. In this story the protaginist will not just be a muscle bound monster. He is not a proper hero, willing to sacrifice himself for the good of a stranger, but neither is he a maniacal villain. He is trying to survive, and he is trying to give himself and those he deems himself responsible for a seat at the table of the"goodly", the "civilized" races. He is trying to create a secure home for his people, to arrange beneficial trade agreements, explore ancient ruins, decipher ancient runes, push the boundaries of magic to create a better life for everyone around him, to learn about the history of the world and the multiverse, and ultimately attempt to become powerful enough to take on a being that even the gods themselves fear. This is my first story and it blends many different elements and styles. It's a bit darker than most of what I have read on Royal Road, but even with that, I hope you give it a try, and I hope you like it!