EPIMANES – WARRIOR OF THE GODS 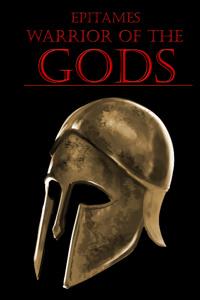 According to the Gods there are three kinds of men, the first type wants power for the sake of power, the second wants to be superior to other men for the sake of their vanity and the third just want to live a mediocre and comfortable life, until the sweet release of death.
Our protagonist is the third kind, he just wanted to continue to grow in his white-collar job and retire in a middle management position with little power but a good remuneration, and enjoy his last years with his second wife and grandchildren’s.
But the Gods had other plans, they need a champion to do their binding, a man competent enough to get the job done, but not ambitious to try to forge his own path. They will lie and use him as a toy, he will be the bottom of theirs jokes.
Nevertheless, even the most passive of men have their break point, it may take a while and he will suffer a lot, but the Gods will weep, because the most destructive persons are not the ones that want to destroy the world, but the ones that want to save it.