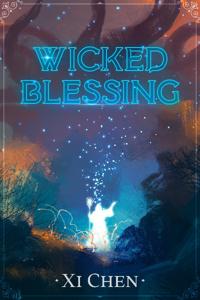 Every century, thirteen children are blessed with extraordinary powers and charged with protecting the world of Spirica. The day Troye received his [Blessing] was the worst day of his life. Tragedy struck, leaving him forever scarred.Now an adult, he lives care-free as a traveling [Merchant], having long forgotten his tragic past and the mission given to him. But when his grandfather—the only family he has left—falls ill, Troye is forced to use his powers to save the old man.Little does he know, nefarious forces are closing in on him and the other twelve Blessed.To save Spirica, Troye must embrace his [Blessing] and learn to tame his powers—or risk destroying everyone he loves...again.

What to expect:- a unique System that focuses on "knowledges" as a source of power instead of stats- no romance- MC that doesn't hesitate to kill
Release schedule: Tue/Thur/Sat, or more initally. FYI the first book has already been written (~50 chapters). I'll be editing and then releasing the chapters.