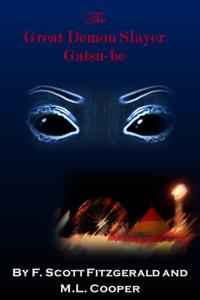 It is an age of Cultivation, and battle-weary Chi-Wei Nic moves to the village of West End, where he discovers that his neighbor is the eclectic grandmaster Gatsu-be Jai. As he and Gatsu-be become acquainted, Nic is thrown into a world full of demon killing parties, guild politics, and unrequited love. Gatsu-be, though at the height of his cultivation, yearns for the love of a woman who chose another man. Dai Zee, stuck in a loveless marriage and used only as a weapon, dreams of what could have been - and gets a taste for it after she is reacquainted with Gatsu-be through Nic.
This is an adaptation of the 1925 masterpiece considered by critics to be one of the greatest novels ever written. It is a portrait of a prosperous wuxia society that's full of literary intrigue, resounding metaphors, and dazzling glimpses into the chi and ether usage of legendary martial heroes.
The Great Gatsby entered the public domain on January 1st, 2021.