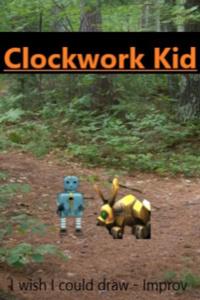 Leo was no stranger to death, but when it came for him, he didn't go where he thought he would. Instead of being sent to the underworld, Leo was transported to a strange world full of mechanical creatures and floating cities. If that wasn't bad enough, Leo was reborn into the body of a two-foot robot instead of his average human body.
Lost and alone, Leo will have to use his new abilities to survive against the deadly mechanical creatures.