Obligate of a Self-Ordained Sorcerer 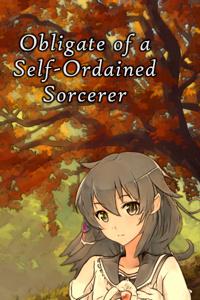 It was a typical late-night friday for Mara, secluded in her apartment in front of a digital expanse, relentlessly mashing code into a keyboard. An introverted workaholic, but this was what she wanted - what she had strived so hard to achieve. So why did she feel so lost? Her life was productive, comfortable, satisfying. Plenty had it worse but she still felt... ungrateful? Stunted? The right word escaped her, but she could feel the general revelation settling upon her. With it came a choice that would set events in motion far beyond the meager scope of a 'New Game+'.
So taking an intrusive portal to god-knows-where, Mara will come to find that her new world offers boons and banes with equal abandon. Magic, skills, and unforgiving difficulty. For a frail human shut-in, finding herself stranded in the middle of a sprawling dungeon was one of the least desirable outcomes. Food and water be the least of her problems, why couldn't she just get summoned by some pervy king to slay a demon army or something?
A story of magic and adventure with skills and stats ( LitRPG ), this is an epic I've been inspired to make in a similar vein to works like "So I'm a Spider," "Rimuru the Slime," "Azarinth Healer," "Negima!?," and plethora of other isekai and fantasy novels and animes. Mara's my attempt to scratch the itch left behind as I've enjoyed each and every one of them.Chapters target 3k~ words, I'm trying to keep it manageable so I can keep updates frequent.I'll update with a schedule when I have one.