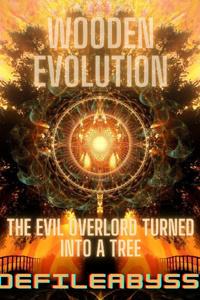 There lived a Malevolent Overlord. After his death, Gods raged over his misdeed. To punish him, they turned him into a tree. But the Devil, pleased with his misdeeds, gave him a system to escape God’s punishment.
Meanwhile, the overlord bore hatred, as he felt being pawned by higher powers. Thus, the path of retribution began as he evolved from a tree to an even stronger tree.

The novel is also uploaded in ScribbleHub and Webnovel.