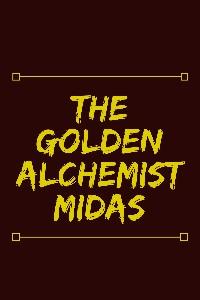 Midas was a child who grew up on a mountain with his father, his father was the only human he spoke to. One day, he saw a battlefield, It was filled with corpses, he was carrying his huge golden cauldron with him, his cauldron was full of melted gold, he put many swords into the cauldron and pulled them out, they were all golden but he tossed them all and did the same thing over and over again, he did this just because he liked seeing golden things and then he met a commander that was wounded, Midas didn't even know what a female or a male was and this commander started to tell him everything about the world that he needed to know.