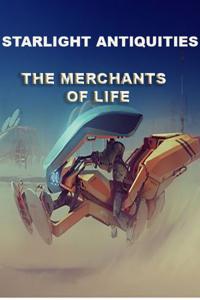 There is a place in the galaxy that deals in antiquities of all kinds, human and non-human alike. Its inventory of artifacts is colossal as is its inventory of mercs who they hire to acquire any artifact a client may wish that is yet to come into their possession. The ill-reputable business is constantly rubbing against the changing tolerance of the Union's government, and there are many security officers who would love nothing better than to vaporize the whole place with its owners inside. Yet, there are many tasks that nobody can do better, especially in the vastness of deep space where Union law is worth less than the energy needed to display it.One of its jobs involves finding an artifact that may not only hold the future of the human race but may also disturb the balance of the whole galaxy.