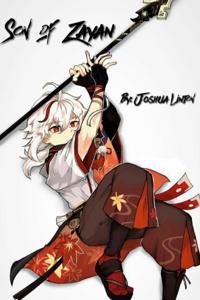 Once every 100 years, a child born from the family of Gohen will receive the legendary power of light, power that is strong enough to withstand all battles, giving the user strong and rare abilities. When a boy named Zaeya is born, he is born with the power of light and the power of darkness, something that has never happened in the Gohen family before. When a group of powerful dark mages hear the news, they attack, and his family sets him off far away so he could survive. Now being raised by commoner villagers, he undergoes training and lives among them until he is 16. When he turns 16, he goes to the "Autumn" corps, where he takes magic exams so he can join a good team; all so he could fight against the forces of evil.